PS Admin
Second mock, thank you so much to everyone who came out!

Got some lineups from a few of the participating managers too!

To whoever thats planning to take me to play, ill tell the same thing i said to a manager that already PMed me: My availability has been limited, and even if i can still win games and play for decent to great results, i prob wont be as invested as you are used to see and obviously it changes shit. That being said, id play for all the teams, so as long as you dont act like its an obligated job on my part, we wont have issues. OU is prob where i belong atm, btw. Good luck to everyone.

To whoever thats planning to take me to play, ill tell the same thing i said to a manager that already PMed me: My availability has not been limited, and even if i cannot still win games and play for terrible to bad results, i prob will be as invested as you are used to see and obviously it does not change shit. That being said, id play for all the teams, so as long as you act like its an obligated job on my part, we wont have issues. OU is definitely not where i belong atm, btw. Good luck to everyone.

a few days ago I was talking with some friends (and omicorio) about the staple "hidden gem/underrated pick" posts lower tiers have every year. while some of them are pretty awful I thought the concept was cool and wanted to do the same for ou. then i realized theres a million ss ou tours throughout the year so the players that havent managed to make it into the spotlight have probably stayed off the radar for a reason. So instead of telling u what players are worth spending money on, this post will be about what players are not worth spending money on. or at least not as much as they will go for.

finchinator - starting with a no-brainer pick to establish that this post is mostly serious, the finchinator. I dont think this needs much explaining, going big on finch should be considered self sabotage at this point. Dont get me wrong, hes most certainly a competent player and he pulled a reverse bea in wcop beating ox multiple times, but thats probably the highlight of his recent ss success. managers are usually drawn by his tryhard nature but dont realize hes no longer invested enough to pull the entire teams weight across multiple tiers. He seems more in tune with the meta than last year but still, spending more than 13-14k on finch is a head scratcher

tj - I know he signed up for all tiers but I assume any competent manager will slot him in ou, for obvious reasons. according to the mannat supercomputer tjs pricetag will surpass the 30k mark, which is laughable. I get why, to the untrained eye, this might seem like an outrageous statement. and while i agree tj is one of the best lower tier players and a top tier ou player atm, i dont think hes self sufficient enough to be a star ou player. he doesnt seem to be able to provide teams for himself let alone his teammates. and while the lower tier support is nice, I dont see him as an ABR that can carry others with his building, pretty much solely relying on meta knowledge. all in all, I wouldnt go above mid 20s for tj

xray - I didnt expect to include him in this list but it doesnt seem like I have much a choice given his price in the mocks and the pre draft mannatlysis. xray is someone u can confidently call a good player, a great player even. but thats about it. to keep it brief, i think if youre spending nearly 30k on your star ou player that wont contribute much to lower tiers, it should be someone that will secure u a positive record and will point the rest of the ou core in the right direction with teams, meta insight etc. can xray do that? probably not

gtcha - Im not sure if managers are aware of this but bleach will not speak english. he will also not build a single team. good player, near useless without the right support. not worth more than 15k

xavgb - had to include him cause Ive been hating on him since the first time I saw him play in spl. if theres any praise I can give him, its that he seems to have a good building instinct or at the very least a good eye for teams. hes also a competent player obviously. however, I think managers will look at his finals ost run and insane spl and try to get him for what seems to be a steal at 20-21k. and while that would be a reasonable price for a strong ou player that maybe doesnt have the experience yet to lead the ou core to victory, I think he has ways to go before he can reach that point. his highs are high in game, but he makes too many mistakes for me to be confident in his consistency. his wcop run was unfortunate, as hes definitely better than that, but it shows why i dont see him as a top tier player

ez - might be a surprise inclusion since hes generally a cheap buy but after going for 9.5k in spl and making olt poffs recently (good shit btw) I feel like his price is gonna be in the low 10s. and i disagree. ez is a decent player and i think he can farm the lower to mid end of the pool semi consistently, but thats about it. from mistakes in game to odd team choices, I cant recall a game by him where I was truly impressed. maybe with the right support. but i think hes had plenty of chances to go big and he doesnt seem to improve much. I wouldnt go above 7-8k.

You can count on me to make anti shoutouts if you ever need, you know i have the sauce for it

i think potatochan is a good pickup

blank said:
i think potatochan is a good pickup
Click to expand...

please dont actually spend so much on me. historically ive done better when priced low... 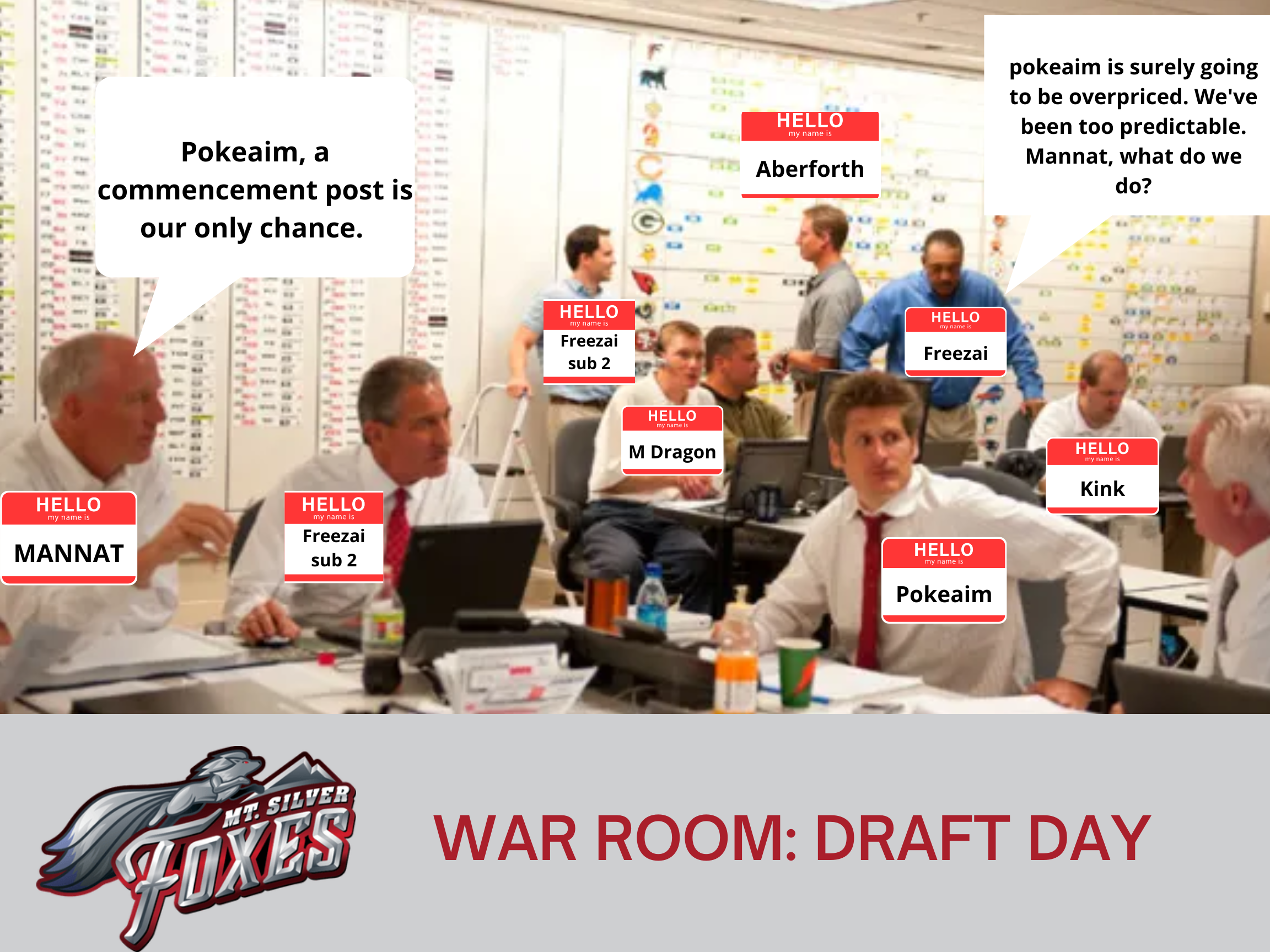 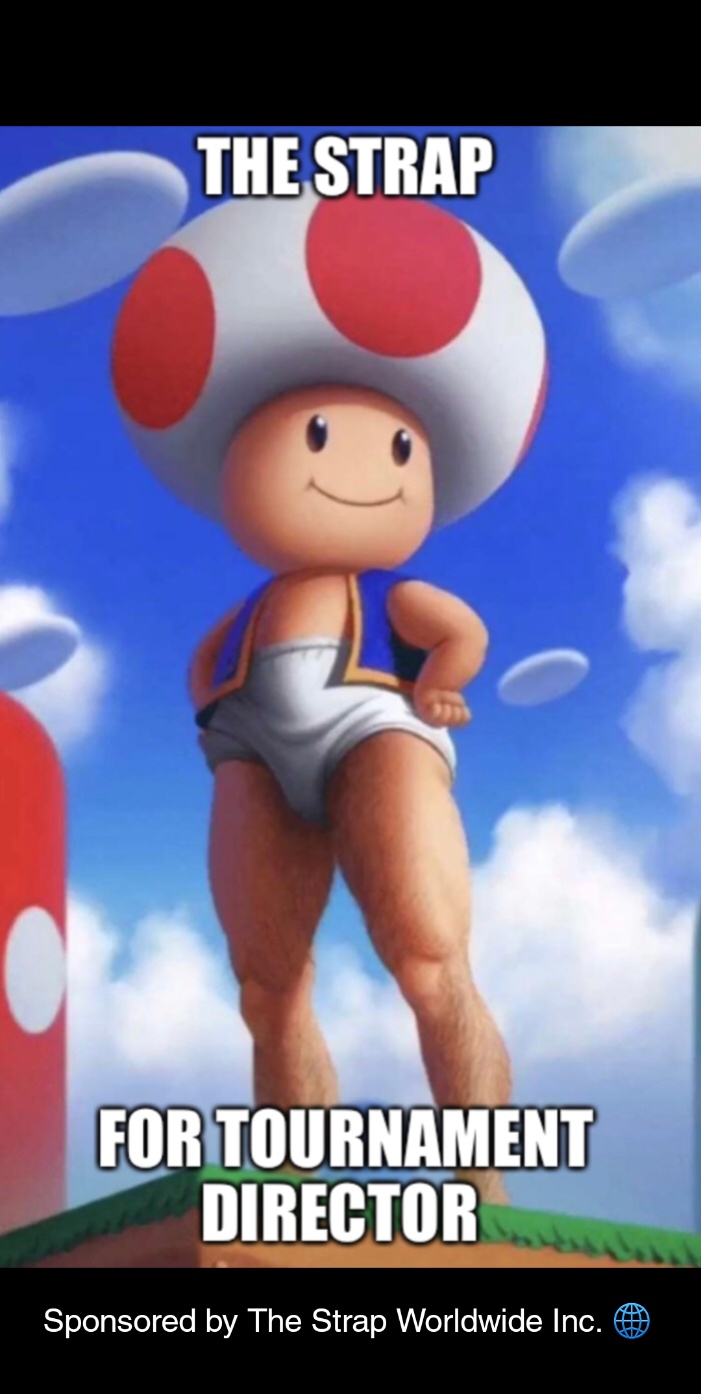 Hello I just want to say that instead of being absent for the first 3 weeks of the tour i might be absent only the first week and maybe the second week
depending on my exams and partial projects.

@managers thanks in advance

Figured my chances of getting drafted are low so gonna try and boost my stock
Pros: 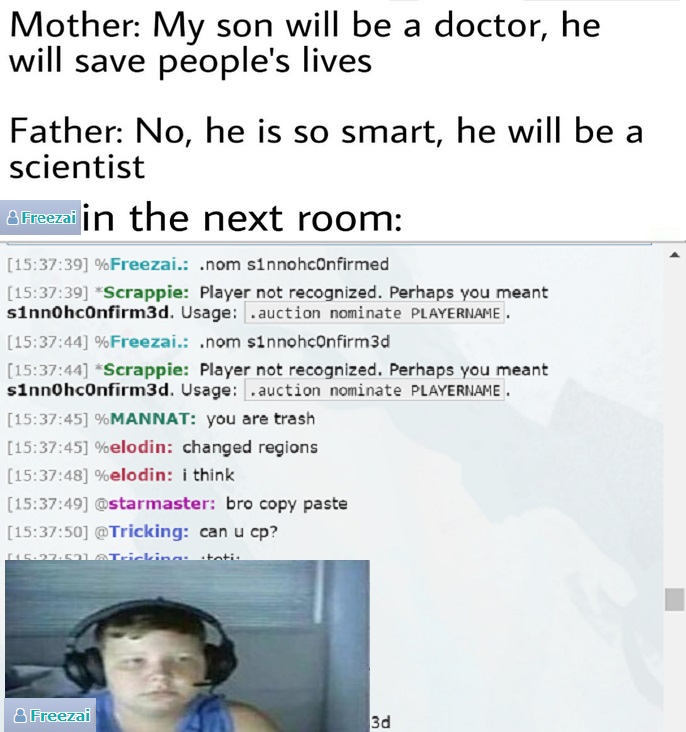 hey, this is my first tournament.
>i like to use dragon types
>i go by utc-4 time
>i played competitive in the actual pokemon games
>i dont have work or school so i can play whenever (unless on the rare occasion i get sick)
>SS OU

>i haven't actually played a whole lot of smogon. i know the meta but don't understand how to use certain mons to their fullest.
You must log in or register to reply here.
Share:
Reddit Pinterest Tumblr WhatsApp Email Link