Im disputing this. I have given him several times we can play. He requested three times to play but only gave about an hour notice all three times. You can look on my profile. I tried scheduling a time in advance but then he wouldn’t come online for several days and then when he finally would he would schedule a time for like an hour. Im not online all the time at least like a few hours or a day heads up would work fine.

Basically, I told him on Thursday I could play anytime after 5 pm EST this weekend. He messaged me at 7:41 EST saying he wanted to play at 8:30 EST with less than an hour notice. I was eating dinner with my family and didn't see the message until now. Considering he took no measures to schedule a time more than an hour in advance I think I deserve the activity win. I told him the times I would be available and I did not receive a reply until very short notice.
Last edited: Jan 30, 2022

Discord Leader
if your act call isn't listed below but you did request it in this thread it was granted. 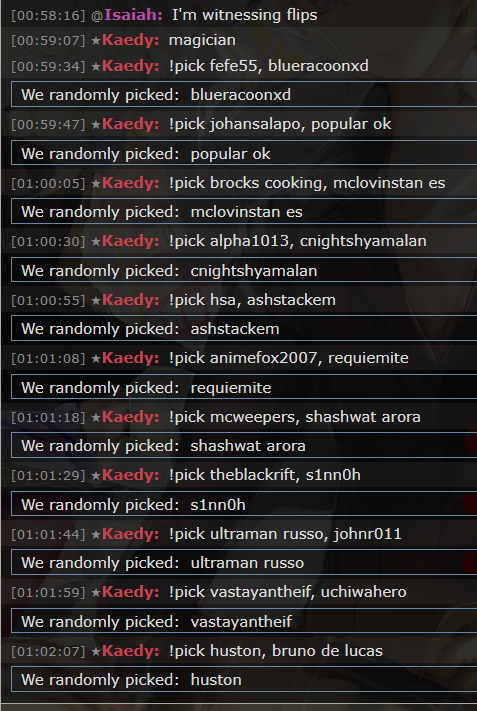 Kaede said:
if your act call isn't listed below but you did request it in this thread it was granted.

The wind goes to my opponent, the day we were supposed to battle the second time I was putting the hospital, I don't feel right holding up the tournament

Do I need to call win by activity if I'm against a bye? 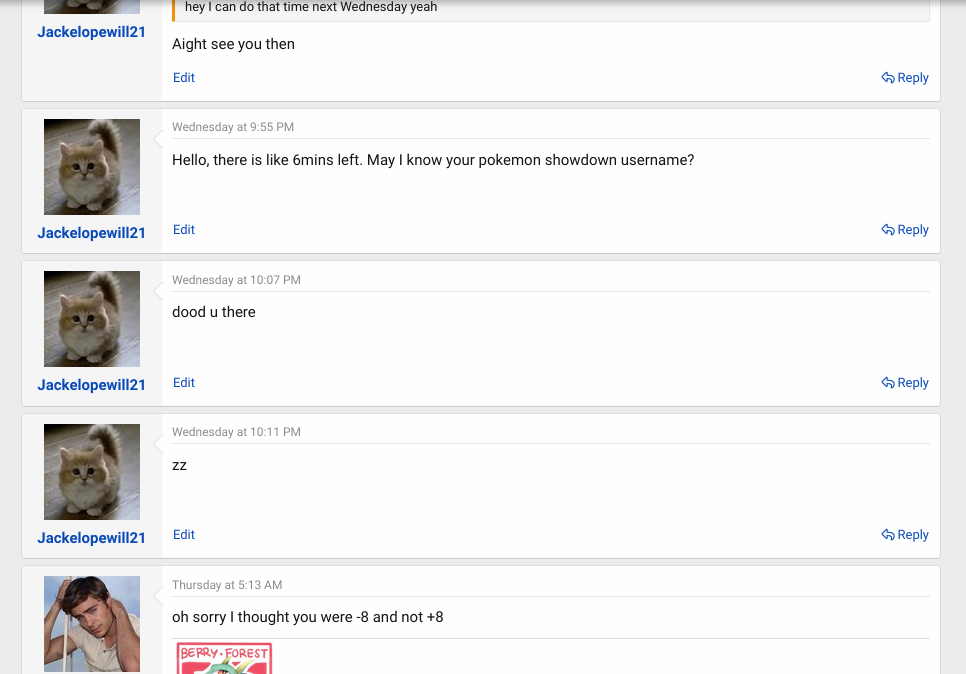 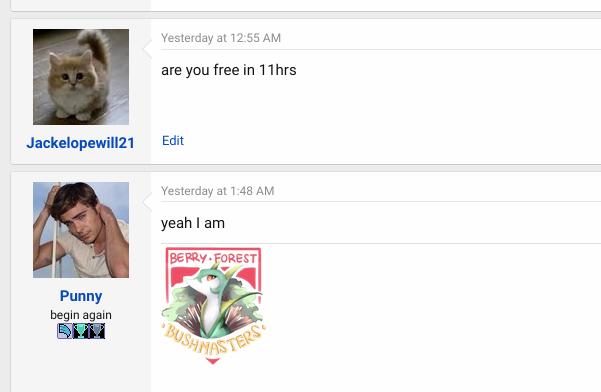 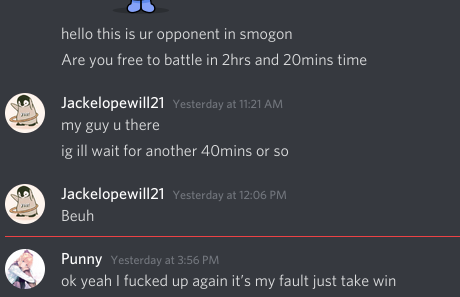 First 2 pics are me scheduling the battles