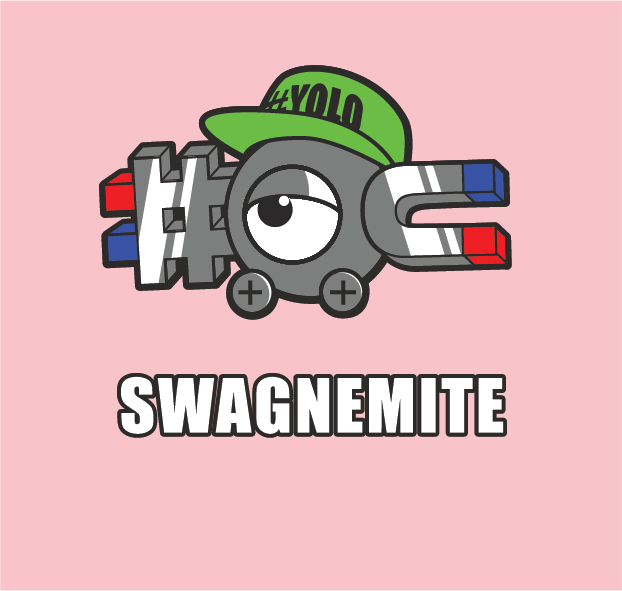 Mag covers flying and water spam problems like levi said. Not much else to be said other than its cute and is speedy. Also more ways to deal with fairies and a foongus switch in is nice.
Last edited: Jun 9, 2016

magnemite i guess if i cant vote for my own

OGC Leader
All of these choices are god awful. Ledbya would actually be a better choice than any of these but it still sucks. You have no ground resists and are literally 6-0d by fletch and scarf dril.

LC Leader
Of the three submitted, scarf mag is the best.

Star. said:
All of these choices are god awful. Ledbya would actually be a better choice than any of these but it still sucks. You have no ground resists and are literally 6-0d by fletch and scarf dril.
Click to expand...

I'll go with mag because at least it helps against fletch!

Congrats to ItzViper482 and his win with Magnemite! The actual last was Fletchling to complete a truly offensive (and apparently bad :c) team!

This team revolves around two potent sweepers in Swords Dance Pawniard and Nasty Plot Croagunk. Gothita traps the Fighting-types that can maim Pawniard, while Pawniard itself is the primary wincon due to the power it packs after a boost. NP Gunk catches a lot off guard and can beat pretty much all Fighting-types in the tier bar ZHB Cham, Scrags, and EQ Gunk. Larvesta provides burn support and a pivot, and Archen is the team's mixed Fletchling switch-in.

yo Cheek Pouch can we get an importable ;)

Infamy said:
yo Cheek Pouch can we get an importable ;)
Click to expand...

So sorry! Importable should be in now!

This team needs an electric check and a rock setter so drilbur is a great option. Also It have a good offensive presence with swords dance + stab or rock slide for flying types.

Would have gone Onix but yeah LO dig ruins this team and I really fucking hate Sun.

Rocks and an electric resist, and as I said it can get rid of sun which can be a problem if the oppo actually plays it properly. It also gives something that can come into Diglett after it kills something. Really underrated mon imo.

when LO Dig literally 6-0's you off the bat, what do you do? do you add a mon diglett can switch out of?

Trapinch here switches into Diglett following the inevitable KO it gets on one member of this team and proceeds to remove it entirely. The team has switchins to the threats that would then proceed to come in on Trapich (Larv for Snivy, Croagunk for Corphish, etc.) and countertrapping Diglett would be a massive boon to this team. Not to mention, Trapinch can also help remove Pokemon that threaten Pawniard's sweep by limiting Ponyta and breaking Abra's sash when necessary. It adds an Electric immunity as well, which helps severely limit the potential of opposing Magnemites and, in conjunction with Croagunk, especially limits Chinchou.
Last edited: Jun 19, 2016

I think it's fairly obvious that this team lacks a lot of important checks. Notably, you lack reliable Diglett, Porygon, Abra, Drifloon, Gastly, Magnemite, Archen, Chinchou, Ponyta, Snubbull, Carvanha, Omanyte, Skrelp, Staryu... A LOT of big threats. You know what deals with literally all of those things? Porygon. Now, my uncle is a chiropractor, so I know what quacks look like. Porygon, despite its state of being a virtual duck within a virtual game, is not a quack. It is, as a matter of fact, the best fit for this squad. Plus, Howard the Duck is the only worthwhile Marvel hero. Did you know that Howard the Duck was the first Marvel theatrical release after the Captain America serial? Howard the Duck, or Howard: A New Breed of Hero, as it was branded in the UK (UK stands for United Kingdom but it also accurately describes the country when pronounced phonetically- try it out and see!), came out in 1986, a whopping 42 years after Captain America! Despite Howard's lack of critical and commercial success, it gained a cult reputation in later years. The cast and crew had varying degrees of success after the film. Lea Thompson, who played Howard's (human) love interest in the film (and it should be noted that Howard has a wife and little duck children) went on to have such success as to star in the prestigious and universally-beloved films I Was a 7th Grade Dragon Slayer and Casual Sex? Note the question mark in the latter. It is a commentary on the ambiguity of modern culture. Tim Robbins, who played Phil Blumburtt, a Good Will Hunting (which is what I call it when I euthanize the homeless)-esque janitor who pretends to be a scientist who can return Howard to his beloved Duckworld, went on to a less impressive career, relegated to roles in lightly-regarded films such as Top Gun and Mystic River. The man who voiced Howard, Chip Zien, went on to be featured prominently in Tim Burton films like Beetlejuice and Ed Wood, although the general consensus for this is that Tim Burton is so coked up that he thinks that Chip is, in fact, a real duck. The executive producer of the film, a certain Mr. George "Georgie, or Georgina to those who have the pleasure of seeing him in drag, Lucas" Lucas, went on to do some impressively retarded shit, including, but not limited to: making a fourth Indiana Jones film with old Harrison Ford pretending to be young Indiana Jones, giving me a chronic headache whenever I hear the words "Jar, "Jar," or "Binks," selling the fucking Star Wars franchise like an absolute moron, and making the Star Wars holiday special, wherein: Chewbacca has a family for whom he does not care to the extent that he actually named his son, I fuck you not, "Lumpy," because that name does not carry cancerous connotations, the music is not John Williams, Princess Leia is preachier and more obnxiousier than normal, and, lest we forget, actually canonizing Chewbacca's family, for whom he cares so much that they are never mentioned again. What the fuck did I just write?

LC Leader
Can I submit Berk's trapinch but with sr > superpower?

Fiend said:
Can I submit Berk's trapinch but with sr > superpower?
Click to expand...

you could if Trapinch got sr