mailiam45 said:
Contacted, but my opponent forfeited the games due to schedule conflicts, but he did it over dms. I asked him to put it on his wall, but if he doesn’t do that what should I do? We also played game 1 but neither of us realized it was Bo3 until after that game
Click to expand...

got it, thanks for the help!

SparksBlade, i just answered my opponent. Sry i was busy.

you cannot kill the innocent, you can only kill me

Activity Win Request my guy isnt responding r1 and hasnt been communicating at all. I fell through a little bit this is his bad imo

we scheduled for last sunday, he didn't answer me at that time, so I pmed him yersteday and no answer since... 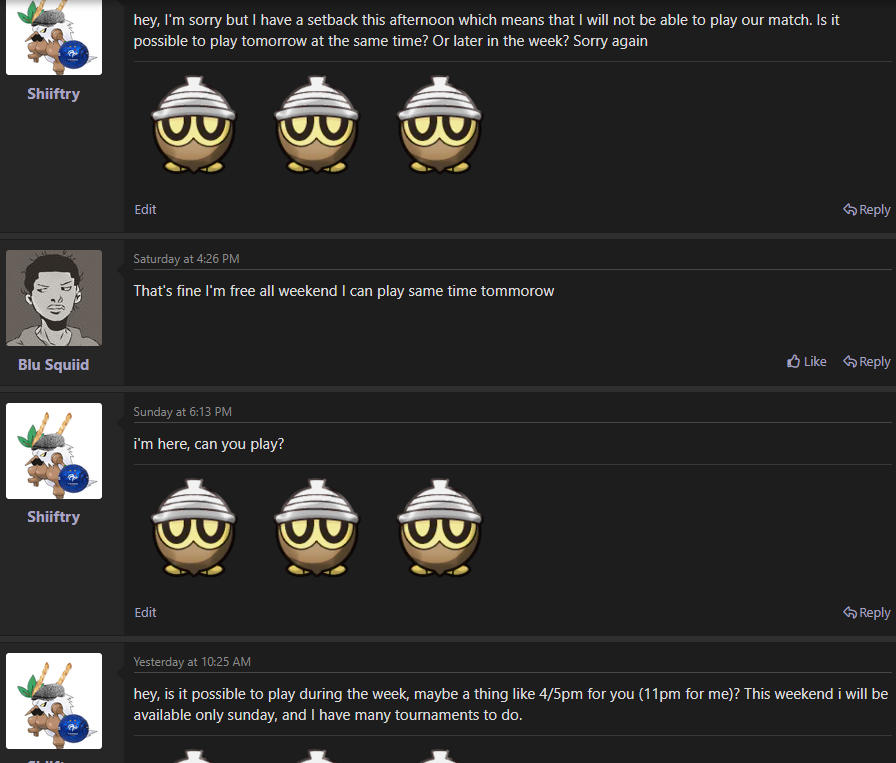 won in 2 ggs, against tistieyz 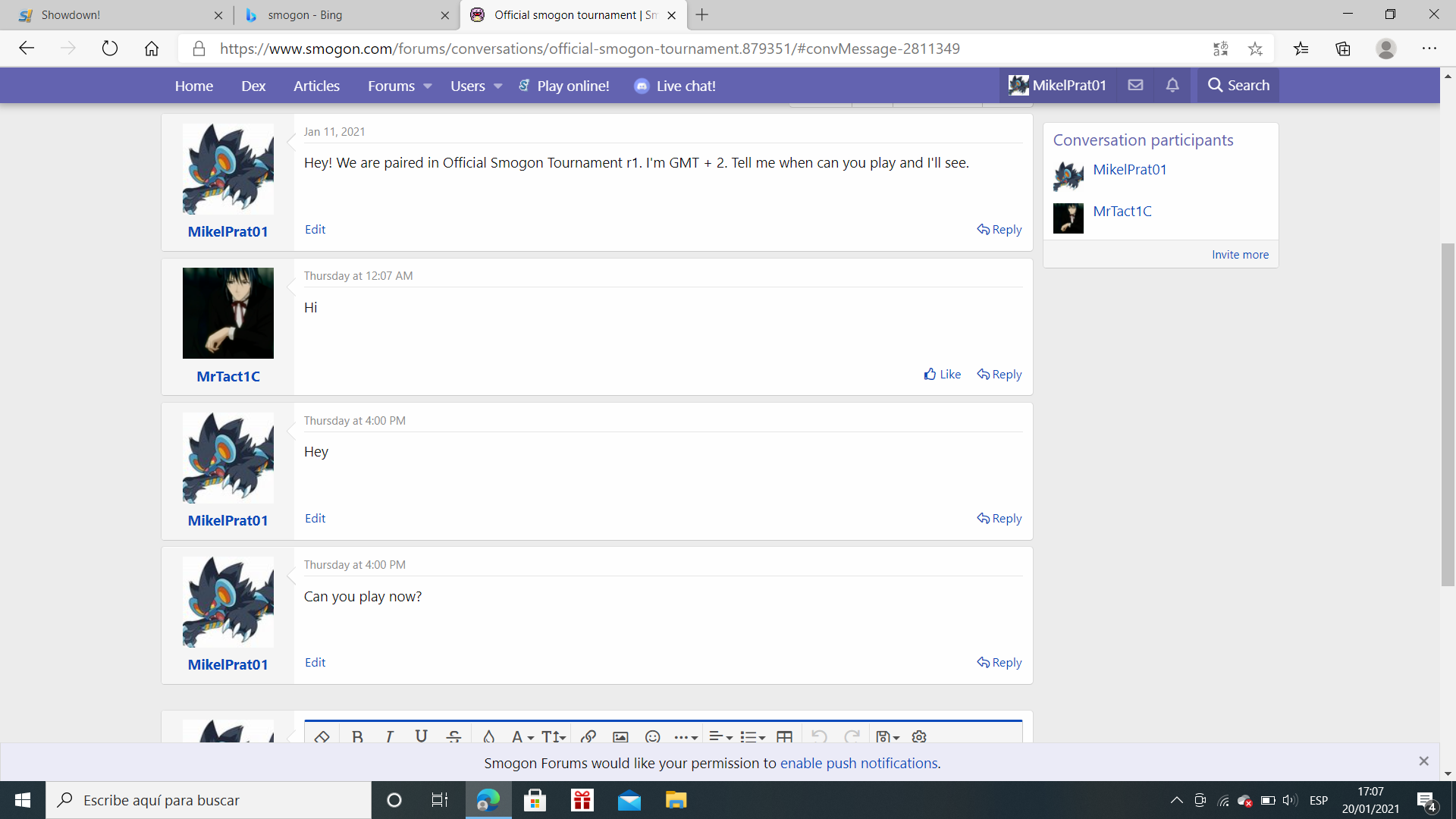 Don’t get mad, get even.

Seo. still sleeps with a pacifier

Won in 2 vs DarkyLeThugLife, ggs

act, messaged opp on his wall a while ago still no response

Contacted but no answers