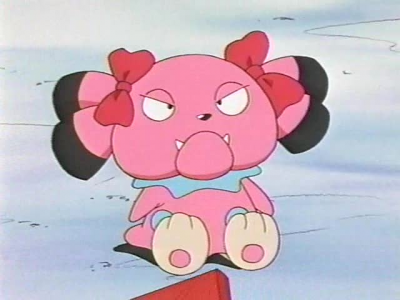 This snubbull set uses its kebia berry and then can thief and take a mons item after use. it has the right coverage moves to deal with any poison types bar koffing and bulky pursuit stunky with sludge bomb > defog. With a tad bit of chip damage this thing could be a great lure and get rid of many poison types.

you outspeed and 2ko

weaken a bit a 2ko

WoW gastly with berry juice live and steal berry juice now the gastly is crippled and if u got crip damage u just stole a free berry juice
Last edited: Jul 20, 2016

HAS CHINCHOU GOT YOU DOWN? TIRED OF mad0ka TEAMS DOMINATING YOUR STANDARD FLETCHDIG BALANCE? WELL, FEAR NO MORE.

HI, ZF HERE WITH THE ALL NEW PASSHO DIGLETT™! THIS REVOLUTIONARY NEW SET GUARANTEES YOU'LL TRAP EVERY CHINCHOU, EVERY TIME!* IT'S NEVER BEEN EASIER! NO MORE DOUBLE SWITCHING, NO MORE FLETCHLING U-TURN PREDICTIONS. JUST SWITCH YOUR PASSHO BERRY DIGLETT™ DIRECTLY INTO CHINCHOU AND WATCH THE PATENTED RESIST BERRY TECHNOLOGY DO ITS WORK! COMES WITH DEFENSIVE INVESTMENT TO LIVE HYDRO PUMP AND ATK INVESTMENT TO KILL CHOU!


*does not apply to scarf chinchou. passho diglett™ is a registered trademark of zf inc. modification of the passho diglett™ set or use of any related ev spreads for any other purpose is a violation of zf's copyright and intellectual property rights.
Last edited: Jul 17, 2016 So I got bored, and decided that I would try and play around with Amaura a bit more, since it is my favorite Pokemon. This set is really cool, as it works as a lure for a lot of things like Timburr, or Croagunk, or even Mienfoo. Basically, it turns things like Timburr or Mienfoo from counters, to being just checks, and risky checks. It's a one for one scenario, which is kinda good considering you are taking out a top tier check for something like your Carvanha in the wings, or Scraggy. You can still adapt, however, to just checking random things however you lose out on the wonderous opportunity that is to beat Mienfoo one on one. Things like Timburr hate switching in, as they are KOed by a wombo combo of Hyper Voice + Hyper Beam, or even just normal 2x Hyper Voices if you have a Spikes Setter or some sort of previous damage on the Pokemon. Along with Chople Berry, Amaura can also run a Rindo Berry Rock Polish set in order to just 6-0 Sun teams in case Sun somehow makes a comeback, or even regular Rindo Berry in order to lure in Snivy and bop it (althought that generally wouldn't happen as a lot of Amauras are scarved).Even more in addition to Rindo Berry, it can also run a Passho Berry in order to check things like Hydro Pump Chinchou or Omanyte (which can be baited in and killed with Hidden Power Grass, or SR + Earth Power for the sake of Chinchou). Shuca Berry can be something to lure in Diglett, but akin to Rindo Berry generally Diglett won't fall for it. However it is nifty for taking out Drilburs who think that they can outspeed and OHKO you with Earthquake. 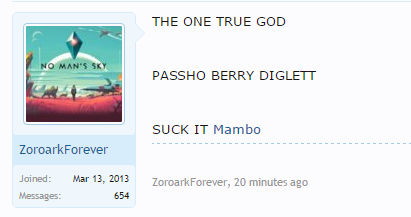 After seeing the success of his fellow ice-type, Amaura, Bergmite tries his hand at countering the wild fighting types of Little Cup. Equipped with his Chople Berry that he spent the last of his savings on, our favorite little iceberg sets out to challenge the next fighting type he sees. Bergmite runs right into the crux of Little Cup, Mienfoo, stylized with an adorable scarf around his neck. However, as he is socially underdeveloped, like many of the people on the internet, Bergmite sets out to watch Amaura one more time. "After You!", he barks, as he is chilled to his soft, surprisingly warm center. Amaura steps right up with no fear and...

gets absolutely demolished, most likely because of the overconfidence of it's terrible, terrible trainer. Whoever thought that was a good idea must have been crazy. Attempting to scurry away, Bergmite then realizes it's the substitute for Amaura. Bergmite freezes in total fear, if Amaura couldn't tank that, how on Antarctica's white pastures was he? After all, Amaura is a top level pokemon, and Bergmite is a nobody, and against the best pokemon in all of Little Cup? Doing only what he knows best, he protects himself. Mienfoo suddenly comes crashing down. Yes! The protect was successful, but would it work twice in a row? He attempts to protect again, fearing only the worst. It fails, as he braces for impact from the power of the almighty High Jump Kick. As his life flashes before his eyes, he remembers the wise words his father told him...

"You don't have much of a future anyway, might as well play with fighting-types."

Realizing now this is terrible advice, he takes the impact. Bergmite quickly munches on the Chople Berry and faces the worst.

The numbers were not with Bergmite, but as everyone, including Bergmite, had seemed to forget, he has an ability in Sturdy. He tanks the hit, and with 1 HP he once again remembers his father's words again, and a massive grin stretches across Bergmite's stomach. He protects, with total confidence that it will succeed and that he will win the battle! It absolutely does, and the Mienfoo comes crashing down. But what's this? Mienfoo seemed to have a Sturdy of his own, as he survived the second crash with one hit point remaining. Realizing this, Bergmite assumed the worst, that he would just be another ice-type in a fighting-type world. He protects again, as he knows no better option and it as unlucky as Bergmite is in life, it fails. Mienfoo quickly ascends into a High Jump Kick. Bergmite concedes to his fate, closing his pupils and assuming the worst. When he re-opened them, he found his friends, Snover, Spheal, and Sninub charging at him. As they collapse on him with hugs and praise, he turns his body and realizes that Mienfoo was fainted on the ground behind him. He must have jumped too high and missed. After such a close battle, he returns home to recover some and reflect on his what just happened to him.

just use After You instead of Protect on the second turn and this actually works.

Awww, it's good to see the Bergmite finally get rewarded for his efforts. You could say his success melts my heart.

In my opinion, Grimer is the is the single most underrated Pokemon in the entirety of LC. This MONSTERS combination of great bulk, incredible moveset, and surprisingly good 80 base attack actually lets it put in a heap of work against a lot of the tier. It even gets some nice support options like Memento and Acid Spray (slightly memey but eh).

This particular set is for a specific purpose; luring in the twice-lucky Diglett and take it out, opening up an opening for things like Ponyta and Skrelp (Poison spam core anyone?)

This set also puts in work without a Diglett, since the basic premise also works with a slightly weakened Drilbur and a very weakened Onix. Plus it's generally a nice fighting check and a generally annoying mon to deal with, especially since it can recover with pain split (kinda.)


Lures out the likes of Tirtouga, Omanyte, Onix and Chinchou and cripples them with Natural Gift(Grass) and makes a Fletchling sweep much easier.

Abra has been a long lasting dilemma for mienfoo in the current meta, especially ever since mienfoo stopped running fake out. They no longer feared of losing their focus sashes and started mindlessly spamming psychics on mienfoo's team. It was such a pain, and people needed a plan. They came up with a solution.

It was a perfect idea! Abra users got punched in the face, losing their every last drop of confidence, no longer able to carry on the battle due to extreme mental damage. Only lucky users like Pikasohn were able to break through the walls of 6.3% and not worry about bulkfoos. Abra users became furious. How was this even possible? The need to worry and play mind games in a 1v1 vs Mienfoo, surely all the abras in the universe didn't deserve this. So they decided to go hard core.

The Mienfoos were despaired, the grins that were on their faces just a minute ago vanished instantly. Only the almighty scarfoo had the power to face LO abra, but scarfoos were almost extinct already. Then all of a sudden, the distressed Mienfoo users came across the thread 'know-your-niche-bla bla bla-doomsday-gourmet.3574472/page-6' which was organized by Berks. They were astonished, since they had never thought of utilizing damage reduction berries at all. They immediately started making the ultimate final form of the anti-abra foo of the century.

Abra users couldn't believe it. Their sash Abras were getting defeated by the disgusting combo of knock off + feint, and life orb variants couldn't break through the terrifying Payapa berry. They no longer had a different choice than to accept the fact that Mienfoo was indeed the king of LC, and people began to give up on Abra except lucky users like Pikasohn since they could still break through the 6.3%. This eventually led to Payapa Mienfoo being useless, and thus was named Berksfoo and became merely a legend.

Coba Berry allows Snivy to take some Flying-type hits such as Fletchling's Acrobatics or Offensive Vullaby's Brave Bird.
With a Leaf Storm boost, Hidden Power [Ice] is able to knock these threats out before they can kill Snivy.

Vullaby isn't a threat since Snivy outspeeds it and 2HKOs.

ahhh so THATS what i forgot

Please vote for two submissions you feel are the best based on how they fulfill the niche and contribute to a team as a whole. Vote for the two you prefer, in order, with your first preference on top. I'd also ask that you vote by using the username, as it's possible users could submit the same Pokemon with a different set. In addition, I'll also open votes for the best meme set, cause who doesn't like meme sets?

here's a c/p of the voting structure:

I'll submit my vote as an example vote: