Hi all! I'm Stads, a long time Pokemon player who really loved gen 8, grinded it to top 10 (https://ibb.co/HNsmK4P), and voted on the Melmetal suspect. Gen 9 has been chaos, and I admit I've struggled a lot finding a team that's felt quite "right" amidst all the hyper offence, Gholdengo hazard stack, and weird Tera cheese. Eventually, I decided the old adage of "If you can't beat 'em, join 'em" had some merit, and decided to lean into an extremely simple, straightforward, easy-to-execute hyper offence team. When I say "brainless", I truly mean it; I believe that anyone can pilot this team to some level of success. It abuses screens and Cyclizar, an extremely low-risk, high-reward combination, paired with 4 of the sweepers I find most intimidating and synergistic in the SV OU meta right now. This team got me out of the 1300-1400 range into the 1500-1600, and hopefully with your help, it can get into the top 500! Let's get into it! 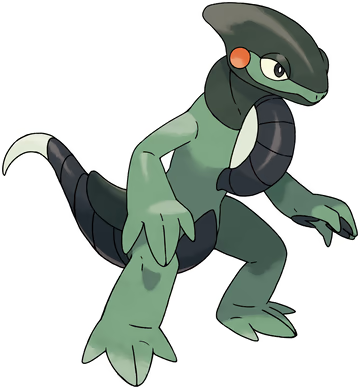 The namesake of the team and the captain of the lineup. Shed Tail is what makes this team work; giving something scary an extra free turn of setup or two is what makes the difference between chunking a wall and sweeping a hole team. The other moves are classic utility, with Taunt to shut down hazards and recovery, Knock Off to remove some key items, and U-turn to maintain momentum if Cyclizar gets Taunted. Rapid Spin can probably be run over Knock Off or Taunt if you want more hazard control, but this team doesn't particularly care about hazards and will lose most drawn out fights anyway. I choose a defensive Cyclizar with Sitrus Berry to usually take a hit and then pass a Shed Tail substitute to a sweeper, since this often gives 2 free turns of setup (1 to switch, 1 to break the sub). Physically defensive is better in the current meta, but a valid alternative is running 36 SpD to always take less than 75% from Iron Valiant's modest Moonblast. 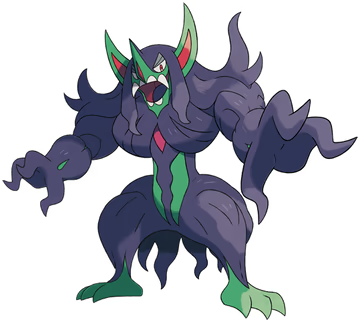 Your standard Grimmsnarl screens support. This is usually what I lead with, setting up hazards and then using Parting Shot to get to Cyclizar. Taunt shuts down enemy Cyclizars and prevents setup. Having no moves to hit enemy dark types/Gholdengo/Hatterene sucks, as does not having a move to make any progress, so running Spirit Break or Thunder Wave over Parting Shot (or maybe Taunt) can be an alternative. I much prefer physically defensive Grimmsnarl to handle opposing Scizors, who might just OHKO Grimm with Bullet Punch before it puts up otherwise. 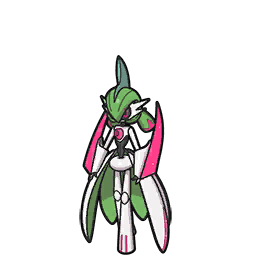 The first setup sweeper, and definitely the most unorthodox set. SD + Taunt is a set specifically to shut down Ting Lu, who could otherwise be quite annoying and phase most of this team with Whirlwind. Close Combat is the strongest STAB move we have to nuke most of the meta, and Knock Off slams Gholdengo and other ghosts pretty hard. Tera Dark makes Knock Off hit even harder, and also can be used to outplay incoming Psychic type moves, but overall, you probably won't Tera too often on this mon. Quark Drive and Jolly brings you to 546 speed, easily outpacing the entire meta right now. I've toyed around with the idea of a bulkier set with lefties and Drain Punch over Close Combat, but it usually ended up too similar to Annihilape and couldn't quite blast through teams the way I wanted it to. 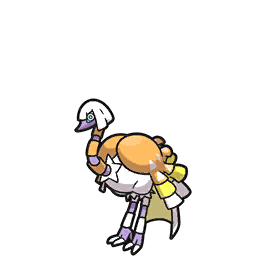 The second setup sweeper, and honestly one of the most dangerously slept on mons in the entire tier right now. With two turns of free setup from Shed Tail, you can easily get Stored Power up to 160-200 BP, and coming off 331 base special attack boosted to 662, you'll nuke everything that's not immune to it. When those pesky dark types do come in, fighting-type tera blast will generally hose them. The unaware trio of Skeledirge, Clodsire, and Dondozo are no threat unless they are the rare tera dark, since a ~200 base power STAB move will easily 2hko them all. Tera fighting is also useful defensively, becoming resistant to sucker punch and Chi-Yu's dark pulse. Protect both helps Espartha get more speed to outspeed certain threats or just gain +20 bp, and also lets you easily play around First Impression or surprise defensive teras. This Ostrich is a complete monster, and unless the opposing team has a very specific way to deal with it (Ting Lu is the biggest pain), you can likely come in on the passed Shed Tail substitute and end the game quickly. 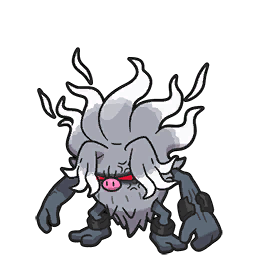 The third setup sweeper, and probably the one you'll be most familiar with. Taunt shuts down most phasing attempts, recovery, or opposing setup sweepers, Bulk Up makes you tanky and hit hard, and Drain Punch + Rage Fist give you unresisted STABs, longevity, and nuking ability. I prefer Tera Fairy to deal best with Dragapult and become immune to Garchomp's Dragon Tail, but Tera Normal, Water, or even Flying will probably suit you just fine. This thing is a monster, and even though much of the meta has evolved to deal with it, the Ape is still often good to take at least an opposing mon down with it. 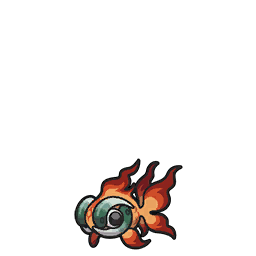 Our last setup sweeper, although it perhaps "setup" is somewhat overkill. Chi-Yu is nuking everyone all over the meta right now with it's signature ability and great STAB combo, and here it's combined with Nasty Plot to truly just OHKO everything it sees. Lava Plume is a bit weaker than Flamethrower or Fire Blast, but the burn chance is randomly useful sometimes. The lack of Taunt is definitely a bit annoying sometimes, but with Taunt already on 4 mons of my team, I've learned to just deal with it. While Chi-Yu does appreciate a Shed Tail pass, it needs it the least of everyone on the team, and is often happy simply coming in from a sack and clicking buttons until things are dead. Boots fit this playstyle the best, making good use of Chi-Yu's passable special bulk.


This team is stupid, but it works. Mostly. It has a couple major problems, including but not limited to:
- Fairy type moves are scary. There are no Fairy-type resists, and the mons that aren't weak to Fairy don't like taking hits at all. Hopefully you'll be able to maintain enough momentum that this doesn't matter too much, but sometimes an opposing Iron Valiant just runs all over you.
- Some opposing offensive teams have enough pressure to make Shed Tail substitutes not an especially effective tactic. Sometimes you can use Ape as a wincon, but enough fast special attackers will take it down. Chien-Pao in particuar can be very scary.
- Ting Lu, Garchomp, and other phasing/hazing pokemon sometimes just make your day very, very sad. This team has answers to them, but sometimes the opposing player just outplays or has a really difficult core to handle.

In general, don't sweat the really tough matchups; this team was made to turn your brain off and click buttons with. Try your best to cheese, say gg respectfully if it doesn't work out, and move onto the next one. You'll find your wins!

Question for you: Does this team work well in the actual game ladder? I've built it, but there are no tips for doubles or singles, how to pick a team of 4 or 3, and how this is optimal. It reads like it's optimal for a 6v6 full team fight, but I want to clarify before hitting a ladder.

Euro said:
Question for you: Does this team work well in the actual game ladder? I've built it, but there are no tips for doubles or singles, how to pick a team of 4 or 3, and how this is optimal. It reads like it's optimal for a 6v6 full team fight, but I want to clarify before hitting a ladder.
Click to expand...

This is the OU forum so these teams are meant for 6v6 singles on Pokemon Showdown.

There's a separate forum for BSS / 3v3 analysis. I guess you could post BSS teams to the SV Other Teams RMT forum, but honestly the format isn't very popular outside of Japan/Korea so there isn't as much discussion of BSS here.

You can make a team similar to this work in 3v3 but you would need to make some alterations. For starters two of the mons aren't legal in this season (Chi-Yu and Iron Valiant), and you would probably want to commit to only one setup strategy (Grimmsnarl+sweepers or Cyclizar+Dragonite).

MrTVshowfan2012 said:
This team is pretty solid
The only thing I would say is maybe replace Lava Plume on Chi-Yu with Flamethrower or Fire Blast
Maybe Tera Water as well idk or maybe Tera Ice to deal with Garchomp
Click to expand...

I disgaree since they already have overheat to deal a lot of damage so I think that lava plume is better for potential burns
You must log in or register to reply here.
Share:
Reddit Pinterest Tumblr WhatsApp Email Link