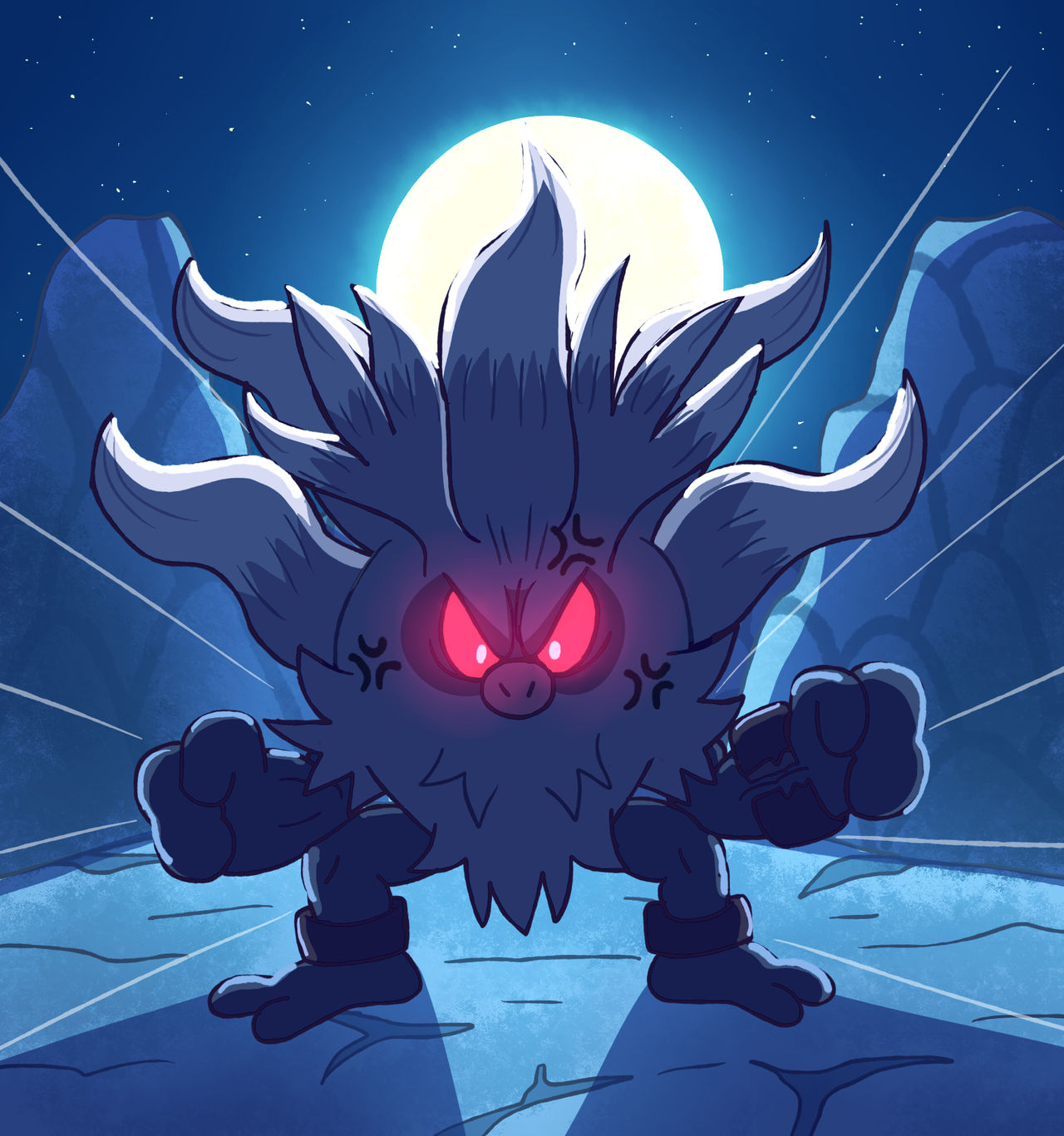 Introduction
Generation 8 has been 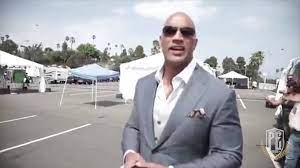 , so much so that even the goat builder (myself) failed to produce too many revolutionary, meta-defining teams. I was able to create iconic teams like shifu lele nite balance and double ghost spam, as well as various versions of HO, all of which were heavily used in tournaments toward the end of the generation, but the dex cut and limited options significantly reduced the OU tier's enjoyability.

When gen 9 rolled around, team builders rejoiced. On day 1 I made flutter mane + priority HO which took the top 10 by storm, on day 2 my sand houndstone iron bundle balance took out every offense spammer, when day 3 rolled around and initial bans took effect I concocted screens palafin teams to farm. However, no team from the early days of gen 9 survived due to the constant banning of overpowered threats, and rightly so. It is day 4 or 5 when myself, blunder, and CBB discussed the probable banning of palafin that we realized a new threat had to be utilized, and the mon we decided on was Annihilape. Because rage fist gains 50 power on every hit, including status moves and things like leech seed, it became a prime target in our hunt for new overpowered strategies to exploit. Since ape is not observably broken and takes skill to utilize (not a lot), we decided it would not be banned too quickly. Until the recent iron bundle ban, this team became an automatic laddering machine, getting #1 on the ladder and multiple top 10s simultaneously. Without further ado, the most spammed and hated ladder team, a collaborative effort between yours truly and one of the best offense builders/players ever in CBB: 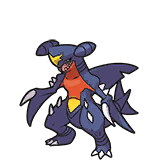 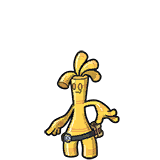 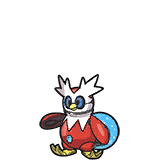 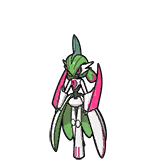 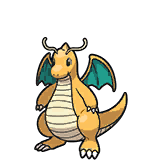 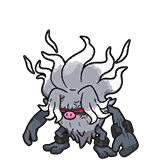 #1 is Garchomp, one of the best dual hazard users in the meta. After testing balanced rockers and suicide rockers such as ting-lu and glimmora, we decided that the role compression offered by helmet chomp is undefeated. Not only is this shit impossible to kill and difficult to set up on, helmet deters spinning and gives us valuable chip on mons from leads, espeeding dnites, low power rage fists, to getting end game double downs. This mon is the perfect amount of utility and power, while pairing with Gholdengo to ensure that at least two hazards are staying up while offering another source of passive damage in contact chip. Tera ghost is hardly ever used, but may come in clutch once in a million games.

#2 is hazard users' best friend Gholdengo. Ever since we realized how the ability worked CBB and I have put this mon on virtually every team. Myriad resistances, great offensive presence, solid movepool, and even respectable speed when paired with choice scarf are all traits that make this mon invaluable on offense. It blocks spin and fog, stops strong fairy and fight moves, and outspeeds and threatens chienpao, kingambit, bundle, valiant, etc. meta threats. However, the most clutch use for this mon is tricking the scarf to cripple stall, setup ho, or annoying threats that boost their stats. This mon is a meta staple and will be here for a long time. Tera fight to dodge dark moves, but boosted blasts are no joke vs the likes of chi yu and ting lu either.

#3 is one of the biggest anti-offense mons in the tier. This thing does what it always does and sets up mid-late game to punch holes or sweep, and now having access to stab espeeds allows dnite to clean house with hazards up even vs sucker/shard chienpao or scarfed/booster revenge killers. If it aint broke dont fix it, this mon is a perennial OU powerhouse.

#4 is a CBB special. I've loved Valiant since release because it sets up on both sides and has great coverage, making it a constant prediction game when this thing comes in. CBB showed me that moonblast is once again one of the freest moves to spam, as even resists such as gholdengo and the handfull of offensive fire types cannot come in with hazards up. Its coverage allows it to hit poisons and steels such as pex and corv, with the only real counter being chansey. Having hazards up makes this thing a super threat, able to 2hko the entire meta and punch holes through stall. A foolish amount of resistances bolsters its staying power, as having helmet chip + this thing in the back usually is safe vs lategame threats and sucker punch spammers such as kingambit. Being able to come in on common fighting and dark hits allows it to constantly be on the field firing off powerful attacks from a great 120 special stat.

#5 Is another CBB concoction. You know the speed demon would never stop until the fastest mon in the meta has a scarf attached to its already aerodynamic body. In fact, bundle benefits from having perfect coverage and a power boosting tera, boasting both revenge killing prowess unlike any other scarfer (faster than many ~300 speed mons at +2) but also punching holes and gaining momentum at lead with its sash breaking flip turns and strong, near unwallable stab moves when hazards are up. This mon alongside Iron Valiant feels like we have 2 fast and strong mons on the special side, taking advantage of physically defensive mons that wall dragonite and annihilape.

Finally, THE ape itself. The reason I used this set over taunt is because I have plenty ways to deal with fat, and chesto allows me to play a less passive playstyle (taunt can be a negative outcome play if you mispredict, but at low to medium health rest is always a net positive, powering up rage fist while healing status). Further, in the ultra late game vs stall you can just rest up and win the long game. If the stall player is not wise enough to never attack this thing, stall almost has an unwinnable matchup vs this anyways, so taunt is not necessary. Against offense and balance however, the added special bulk enables multiple switchins, as rest bolsters longevity while also boosting rage fist through repeated switchins. As for the Tera type, I decided that water is still one of the best pure types in the game with very few exploitable weaknesses. Electric types are few and far between while being generally garbage offensively and taken advantage of defensively (you literally abuse rotom-w). As for grasses, the cat loses to boosted drain punches without tera, because flower trick is coming off a measly 110 attack after all. Other common grasses are defensive or special attacking, from tera volc/iron moth to amoongus, all losing handily to the ape pre-tera. Due to this synergy in its ability to handle things pre and post Tera, this set is a menace to play against, as any free turns can quickly snowball into an ape beatdown, which we have often been on the receiving end of when playing the mirror. If phazing and trick are taken into account, there is hardly another mechanic that poses a threat to this mon, as your only hope is to beat it with offense before it beats you. Nevertheless, good luck using offense into our extremely anti-offense rest of the team.

While this may not be the most unique or innovative team, every set has been given much thought and tested repeatedly with replacements and alternatives. The reason we landed on the final six is simply unparalleled synergy and utility, only being weak to magic bounce balance teams and some opposing screens ho which saw a huge rise in popularity to counter the influx of this team on the ladder. This team reinforces our building philosophy that the sets with most coverage and utility should be prioritized, as this extremely fast paced meta demands that being able to deal consistent damage with every mon and being able to pivot into a variety of attacks be the hallmark of good offenses.
With the banning of bundle, we are retiring this team to the rafters, but this iconic squad is only the first of many to come this generation. If you wish to use this team post bundle ban, a solid option is boots 4 attack chien pao, but feel free to tweak it how you see fit.

sadly Walmart Santa has been banned, perhaps a specs/scarf dragapult would be a suitable replacement which also breaks wholes in teams and provides some ghost spam (idk still need to test)

Sorry to ask but is this team for singles or doubles (plus can you add some replays for us :D)

behelit said:
Sorry to ask but is this team for singles or doubles (plus can you add some replays for us :D)
Click to expand...