This team, beleive it or not, started as a sun team. That was my first OU team that did not suck, and then it evolved into a rain team that I find does pretty well. Its called Acid Rain because of all the toxics and things. Anyway, here is the team. 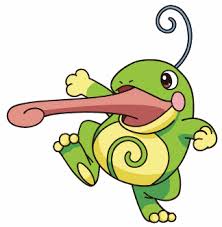 This guys only reason he is on the team is for the drizzle. Usually he'll go for the toxic to stop people from staying in and sweeping my entire team. Perish song is there for the exact same reason. I sometimes go for the scald to get a burn on them depending on their lead. I sometimes bring it out to take special hits but some of my other Pokemon can do that job much better. Overall, the only reason I use this thing is to make it rain and to specially wall. 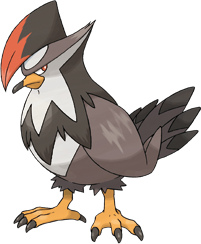 This Guy. This Guy. No, this monster is amazing. It out speeds most everything and whips it butt. A Choice Banded STAB Reckless Brave Bird is amazing. Recoil? Recoil? Who cares, its destroying everything. But seriously, this thing is a glass cannon. I cant rely on it to do much if its out sped. And, this thing doesn't have to much coverage. But whatever, this thing at the right time kicks serious butt. 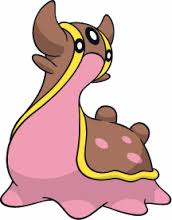 This thing doesn't do much. It just sits there eating attacks up and waiting. That is all it does. Its really helped out in tough situations and it sucks up those attacks powered by my rain. Storm Drain has saved me many times. This things only weakness is grass, witch all of my other Pokemon take fine. The electric immunity has also helped me though. Overall this guy walls alot of stuff and is a valuable asset to my team. 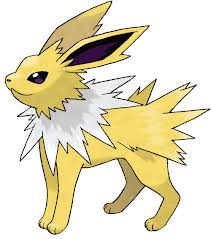 This is my other glass cannon. It outspeeds most anythign and then thakes it down with my thunder because of the never miss in the rain. It sometimes just volt switches around doing little bit of damage. It sort of forms a volt turn core with Forretress (Spoilers) and Staraptor. This thing needs alot of support because of its terrible defenses, but its offensive might makes it worth it to have it as a member for my team. 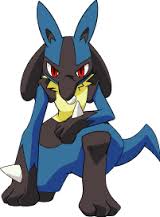 My mixed attacker. Unlike my other attackers, this one can take a few hits. Not that many, mind you, but a few. He is my only priority user, and eh does a good job. Aura sphere is there because it never misses and its like Lucario's signature move. This guy has to switch out frequently because of the close combat drops and life orb damage. This thing also needs support but I hope I have it. 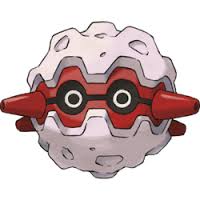 Utility. The only reason this thing is used for. You know why? Its one of, if not the best at its job. Hazards. Putting them and taking enemy's out all while taking a hit. That is the power of forretress. I felt I could use this better because I could weaken its huge weakness to fire. Volt Switch helps me get out and form a mini Volt Turn core because of my Staraptor and Jolteon. Overcoat helps me with spore and such.

Thank you for reading. IF you can rate, please do. I am trying to make a good team to EV train in the actual games, so I don't really wanna mess up.
Last edited: Dec 22, 2013

This is a pretty interesting rain team here. I think one of the main problems in our team is the lack of a fighting-type resistance. For example, opposing Lucario could set-up a SD on Forretress and cause a lot of damage with Close Combat and Espeed. None of Pokemon really want to switch into Terrakion's Close Combat either. Your team would also benefit from a Scarfer, as this allows you to revenge offensive threats such as DD Dragonite that could plow through your team once weakened.

On Politoad, I think you should run Protect over Earthquake. With a Bold nature, Politoad won't be doing much damage with Earthquake anyways. Instead, Protect allows Politoad to scout out choice-locked Pokemon, as well as stall for Toxic damage.

On Lucario, you need to run an Adamant Nature to get the necessary KOs with Extremespeed and Close Combat. For example, with a Jolly Nature, Extremespeed only does a maximum of 80% to standard Keldeo, failing to KO after Stealth Rocks and one layer of spikes, while with an Adamant Nature, Lucario always KOs Keldeo after Stealth Rocks and Spikes. The same argument goes for Latios. I put some calcs below.

I think you could try running a Choice Specs Tornadus instead of Staraptor. Tornadus makes better use of the Rain with its powerful STAB Hurricane and has Focus Blast for coverage. In addition, Tornadus has a base 111 speed stat, allowing it to outspeed unboosted Latios, Keldeo, and Terrakion. Tornadus also gives you a fighting-type resist and an U-turn user to help gain momentum. For the last moveslot, Heat Wave can be used to KO Ferrothorn, or Rain Dance can help against opposing weather teams.

To help Tornadus get pasts its checks and revenge set-up sweepers, I recommend you change Gastrodon/Umbreon to a Choice Scarf Keldeo. Keldeo can revenge Pokemon like Dragon Dance Dragonite/Salamence with a powerful HP Ice and also can abuse the rain with its Hydro Pump.

Finally, I think you can try using Ferrothorn instead of Forretress. In changing Gastrodon to Keldeo, the team is a little weak to electric-type moves. Since this team isn't really weak to Stealth Rocks, a spinner isn't really necessary. Ferrothorn gives you a bulky electric and water-type resist, and checks Latios and Latias, Pokemon that Keldeo and Tornadus have trouble against. Ferrothorn can also set-up Stealth Rocks, and can also support the rest of your team with T-wave.